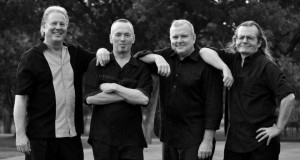 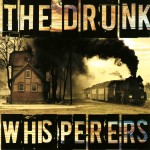 “Awesome musicianship, listen to how tight of a band they are. CD is great, don’t come running back, Zydeco and the covers are great.”

Chicago’s The Drunk Whisperers Turn Up the Volume 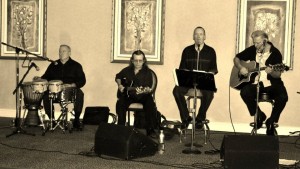 Chicago area native Quinn has been performing in the local music landscape for nearly 40 years, going back to his days with The Rio Grande Band in the mid 1970’s, and as the front man for The Jump N’ the Saddle Band, which debuted on January 1st, 1977 at the La Lira Bar and Restaurant in Highwood, and became a staple in the Chicago area club scene in the late 70’s through the mid 80’s. He has written and recorded many songs over that time, which include charming ballads such as “Sarah”, on the debut Jump N’ the Saddle record, The Drunk Whisperers “Don’t Come Running Back”, and my personal favorite “You Look A lot Like She Did’, which appeared on the Live “Jump” release in 1981. Peter’s most famous recording was the 1983 novelty song “The Curly Shuffle”. 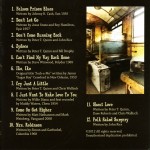 The Singer, Harmonica player, Rhythm Guitarist, Song Writer and part time Amateur Psychologist, is responsible for the coining of the band’s name “The Drunk Whisperers”, a name attributed to Quinn for his ability to calm down an inebriated and rowdy club patron one evening by “whispering something in his ear”. Story has it the man then calmed down and quietly left the premises. Quinn won’t share with me what he said to have such a calming effect, claiming Patient/Rocktor privileges. Peter currently participates in The Drunk Whisperers, the duo The Harry-Peter Project with Reinhart, an occasional Skip Towne and the Greyhounds date pops up once in a while, and even an all to rare Jump N’ the Saddle reunion happens now and then as well. Quinn has also participated in a few shows over the past year in a band called “The Hickafires”, and recently performed in a tribute to Hank Williams at SPACE in Evanston, commemorating the sixty year anniversary of Mr. Williams death. Peter contributed lead vocals on the Williams classics “Hey Hey Good Lookin’” and “Jambalaya”. The evening’s program was coordinated by another Jump N’ the Saddle founding member, Slide Pedal Steel player Tommy Furlong. Additionally, “Jump” alumnus, Don Steirnberg performed on Mandolin in the show.

Reinhart himself is not known for letting the grass grow under his feet. Besides the contributions mentioned above, the Guitarist and Singer performs with his wife Patti Miller in the long running band Midnight, as well as his power trio known as Traffic Jam, whose covers of bands such as Traffic, Stevie Ray Vaughan, Jimi Hendrix and more from that era can get old rockers goin’ on a Saturday night. All this while maintaining a full time job. My only beef with Traffic Jam is that they don’t play enough gigs over the course of the year. Reinhart sings a nice cover version of Blind Faith’s “Can’t Find My Way Home” (track five) on The Drunk Whisperers CD. One of Reinhart’s career highlights was performing lead Guitar on National Television in May of 2011 with his daughter Haley on the program American Idol, getting rare permission from the band Led Zeppelin to perform their song “What Is, And What Should Never Be”. Haley, a burgeoning Jazz/Pop Vocalist in her own right, finished third in that year’s American Idol competition.

The disc opens with Quinn’s powerful vocals on a rendition of Johnny Cash’ “Folsom Prison Blues”. A spirited version of the 1957 Jesse Stone and Roy Hamilton song “Don’t Let Go” is second. “Iko Iko”, the long time Grateful Dead live show staple, comes in at number six. The Willie Dixon written tune “I Just Want to Make Love to You”, made famous by Muddy Waters and Foghat respectively, comes in on the eighth track, and Percussionist Jim Murray contributes lead vocals on the enjoyable ninth track “Come On Get Higher”. Simon & Garfunkel’s “Mrs. Robinson” is covered on track ten. The bands versatile, multi instrumentalist John Rice wrote the twelfth and final track “Polk Salad Surgery”. Long time Quinn Jump N’ the Saddle Band and Skip Towne comrade Tom “Shoes” Trinka stopped by to play some Saxophone on the classic Blues standards “I’m Ready” and “Not Fade Away” as well this night, adding even more energy to an already revved up crowd at the CD release party. So if you’re looking to hear some good music, and join a crowd of friendly folks doing the same, keep an eye open for The Drunk Whisperers at a club near you.